CREAM Lab is hosting a small series of distinguised talks on reverse-correlation this month:

These talks are organised in the context of a workshop on reverse-correlation for high-level audio cognition, to be held in IRCAM the same days (on-invitation-only). Both talks are free for all, in IRCAM (1 Place Stravinsky, 75004 Paris). Details (titles, abstract) are below. 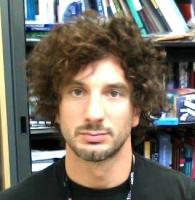 Title: Classified noise: neurons versus people, blobs versus scenes, tones versus speech – can we put it all together?

Abstract: Answer: no, or at least not yet. I will discuss a wide range of applications for reverse-correlation methods, spanning an equally wide range of daunting interpretational challenges. Although very substantial progress has been made over the past 20 years in characterizing and understanding results from reversecorrelation experiments, I will highlight how much is still unresolved when attempting conceptual leaps between circuits and behaviour, artificial stimuli and natural statistics, vision and audition. It is tempting to make these connections on the basis of data-rich and seemingly transparent characterizations of the sensory process such as those typically returned by reverse correlating noise, but a closer look at the technicalities involved prompts caution and the need for more experimental as well as theoretical work.

Unlike in vision, the use of reverse-correlation in high-level auditory cognition of complex, natural stimuli like speech or music is still very much an emerging theme, with only a handful of very recent studies. By bringing together the main practitioners of this emerging community, these two days in Paris aim to move beyond the stage of relatively isolated proofs-of-concept, to mutualize everybody’s experience and create a roadmap for future research applying reverse-correlation techniques to high-level audio cognition.