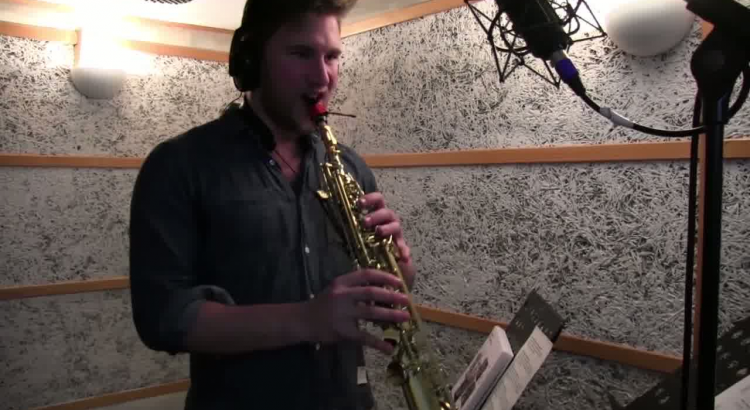 Procedure: The musicians were paired in 10 random dyads and each dyad recorded 10 short (M = 95s) improvised duets. In each duet, one performer (musician A, the “encoder”) was asked to musically express one of 5 social attitudes (see below), while the other (musician B, the “decoder”) was asked to recognize it based on their mutual interaction. Musicians in a dyad switched role after each improvisation: the decoding musician then became the encoder for another random attitude, which the other musician had to recognize, and so on until each dyad had recorded 5 attitudes each, for a total of 10 duets. Attitudes were presented in random order, so that each musician was both the encoder and the decoder for each of them once. In total, we recorded n = 100 duets (5 attitudes encoded by 2 musicians, in 10 dyads). Musicians played from isolated studio booths without seeing each other, so that communication remained purely acoustical. Each duet was recorded in two separated audio channel, one per musician.

The complete corpus, available on archive.org, contains 3 sets of files, each in a compressed .zip file:
– 13 videos: 13 duets that were recorded in video.
– 25 stereo files: the subset of 25 duets used for the article’s decoding studies, each mixed in stereo.
– 100 mono tracks: the complete set of 100 duets, each in separated mono tracks (A: encoder, B: decoder)