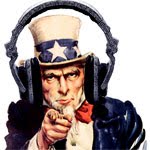 Project CREAM is looking for a recent PhD graduate in perception science, psychoacoustics or experimental psychology to work on the perception of emotional cues in speech and music. The applicant will join a team of 2 PhD students and 2 postdocs, working under the supervision of PI JJ Aucouturier (IRCAM/CNRS) in the context of ERC Starting Grant project CREAM (“Cracking the Emotional Code of Music”, http//cream.ircam.fr ). The position is based at the STMS laboratory (Science and Technology of Music and Sound, UMR9912) in IRCAM, in central Paris (http://www.ircam.fr).

Our capacity to communicate emotions in music has been the subject of impassionned psychology and neuroscience research in the past two decades. Music’s expressive acoustic cues are now widely believed to imitate those used in speech prosody, with e.g. fast pace and high intensity for happy music/speech, and monotonous pitches and dark timbres for sad music/speech (Juslin & Laukka, 2003). However, there has been very limited rigorous psychoacoustical research on how exactly speech emotional cues are processed in music, and in vocal music in particular.

One specific example is pitch. In speech, it is widely accepted that higher pitches are linked with positive emotional valence (see e.g. Aucouturier et al, 2016). It would thus be predicted that detuning a singer by a few cents above the instrumental background would make a musical performance happier. However, in music, pitch relations obey to strict constraints of consonance, which do not exist in speech.
Detuning a singer by one complete semitone above the background results in very dissonant music, which is inversely correlated with positive emotional judgements (Cousineau, McDermott & Peretz, 2012). How these two mechanisms (higher pitch -> positive, higher dissonance -> negative) interact is very important for theories of speech/music emotions, yet it remains almost completely unknown (Zatorre & Baum, 2012).

The CREAM team has developped a series of acoustic transformation algorithms (Aucouturier et al, 2016; Rachman et al, 2017) able to parametrically control acoustical cues in emotional speech. These tools have been validated on running speech, and have formed the basis of a number of experiments on vocal emotions. The goal of this position is to design a series of psychoacoustic experiments applying these tools to musical stimuli (singing voice and instrumental music), study how emotions perceived by trained and naive listeners depend on these acoustic manipulations/parameters, and thereby provide crucial new insights into the information-processing of musical emotions.

The ideal person for this position is a recent PhD graduate in vision or auditory perception science, psychoacoustics, experimental psychology or a related discipline, with strong skills in experimental design, psychophysical measurements and modeling, as well as a strong experience in experimental data collection and data analysis. Experience with acoustics, audio signal processing or music production will be also appreciated. As an example, you may be an auditory loudness or pitch perception scientist willing to apply similar methodologies to more musical and/or cognitive questions. Prior experience with music cognition research is not required.

IRCAM was created by composer Pierre Boulez in 1977; it is now the world’s largest research institute in computer music, as well as an important art centre for contemporary music. IRCAM is ideally located in central Paris, just opposite the Centre Pompidou modern art museum. Fully equipped with psychoacoustics and neuroscience experimentation booths, IRCAM’s Perception and Sound Design (PDS) team is the only research unit in the institute devoted to cognition and experimental science of sound and music. Taking roots in the seminal studies of music timbre perception by D. Wessel and S. McAdams, work in the PDS team now encompasses topics as varied as sonic environmental quality (for which we won the Ministry of Environment’s Décibel d’or 2014 award), sound design (we designed sound for the new Renault electric cars) and music neuroscience.